We’ve started a chain story on Facebook with the following sentence:

Curled up with a big bowl of popcorn and a novel, Liz was ready for a quiet night in, when all of a sudden she heard a blood curdling scream.

Home exchangers joined in enthusiastically, and you can read our ongoing stories below. Then, it's your turn to participate by adding a sentence or two where the story left off in the Facebook post comments. Members will continue adding to the story, building on each other’s ideas to create a spectacular story.

We posted two story prompts, one on our public Facebook page and the other in our private members-only group. Here is where the stories are at so far! 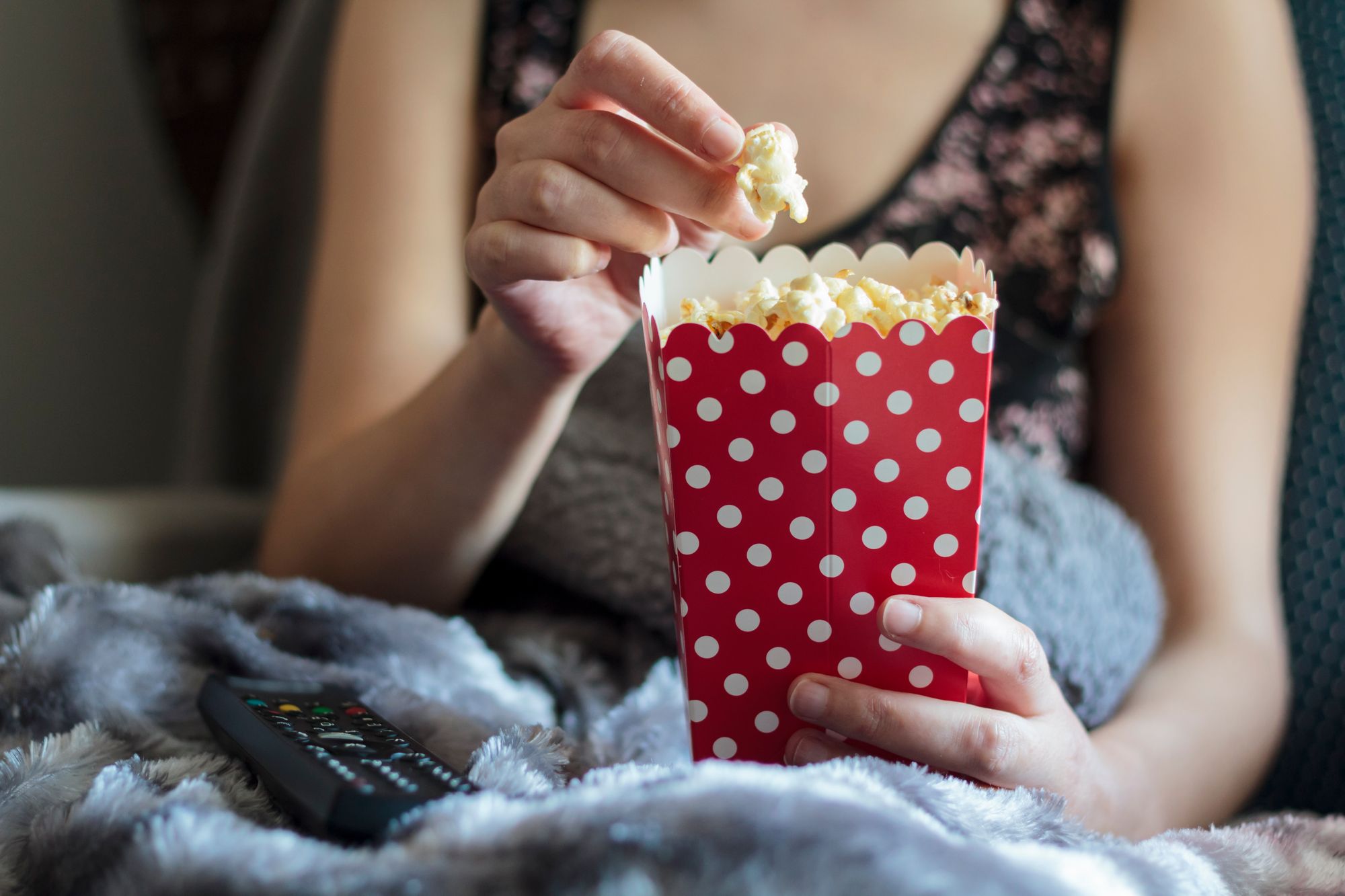 Curled up with a big bowl of popcorn and a novel, Liz was ready for a quiet night in, when all of a sudden she heard a blood curdling scream. Maybe it had come from outside but she could have sworn it was from the locked room on the half landing, the one where the family now staying at her place (and minding her cat) had said they had just locked up some family papers and some sentimental jewellery.

"Calm yourself Liz, it was nothing," she said to herself half-heartedly. "Maybe if I open the Welcome Bag the hosts had left it will take my mind off things" she thought. As she stood up from the couch she stopped for a second to survey her surroundings. The ornate design of the living room did not help put her at ease, but she couldn’t deny that the house had some charm.

As she made her way to the kitchen she saw the goodie bag left by her host on the kitchen table. Before peeking inside, she crossed her fingers and thought to herself, "please let there be a bottle of wine inside." Yes, wine and not a bad one either. What luck! Reaching for a beautiful crystal goblet she slowly poured the dark red claret, swirled and almost got lost in the aroma. Could it have notes of Ghirardelli? No couldn't be she pondered and again the scream, oh that scream, almost spilling her pour. Slowly making her way towards the door, it opened.

Under the door, flowed a purple foam. With the glass of wine still in her hand, she remembered that one of the owners was a hobby winemaker so this must be her creation that I was savoring. Was the "purple river" coming from the "winery" and who was screaming?

As her eyes scanned the room for clues, she noticed a picture on the wall that made her feel an uncomfortable chill in her bones. It was a picture of her own grandmother, but how could that be? Was she actually related to these Home Exchangers? Her grandmother was seated next to people she had never seen before. Something strange was happening in this house, despite the delicious wine and Ghirardelli chocolate.

The room was muggy and hot, much hotter than the rest of the house and her head started swimming. She felt faint and confused. Who was the picture of? Why did she feel sick? Oh no! Could the wine have been drugged? Her legs collapsed under her and she fell to the floor. Her last memory as she lost consciousness was hearing another blood curdling scream and seeing it come from her grandmother in the picture.

Her grandmother screamed for joy that curdled the family's blood because they enjoying their home exchange in a far away land. The home was warm and inviting for them to see the sites and the local history, color of the city. What was around the corner, in the next room... As Liz slowly woke up and peeled herself off the floor, she noticed a change in the air. Upstairs, she heard the footsteps of children running across the floor. She heard faint laughter. 'But no one else is here?' she thought to herself. Suddenly, the phone rang. She walked over to answer it, while the sound of playing children continued above her. She held the phone up to her ear. "Look behind you," a deep voice said.

She spun around, her eyes straining to see the speaker in the dim room. "I'm right here," said the deep voice. The shadowy figure coming closer was one Liz recognized...

Next morning it all made sense. Google Home or was it Alexa! The HX visitors back in Liz's place were still streaming audio to the speakers back home. The amorous goings on through the night had dispelled any thoughts of vengeful ghosts or bodies oozing blood behind doors. Keep safe out there folks and keep your data stream to you and yours!

Once she realized it was Alexa, Liz remembered that she should have read the home book that was on the kitchen counter. She began to read it, and found that along with instructions for Alexa, there were instructions for the washing machine, stove, and even the pool equipment. What really made her pause, though, was the warning about the alarm system. It had a specific alarm for if you've eaten too much Ghirardelli chocolate. Nope, that alarm NEVER went off!

She realized she had entered the HomeExchange vortex and had gone to the wrong house!

Add to the story 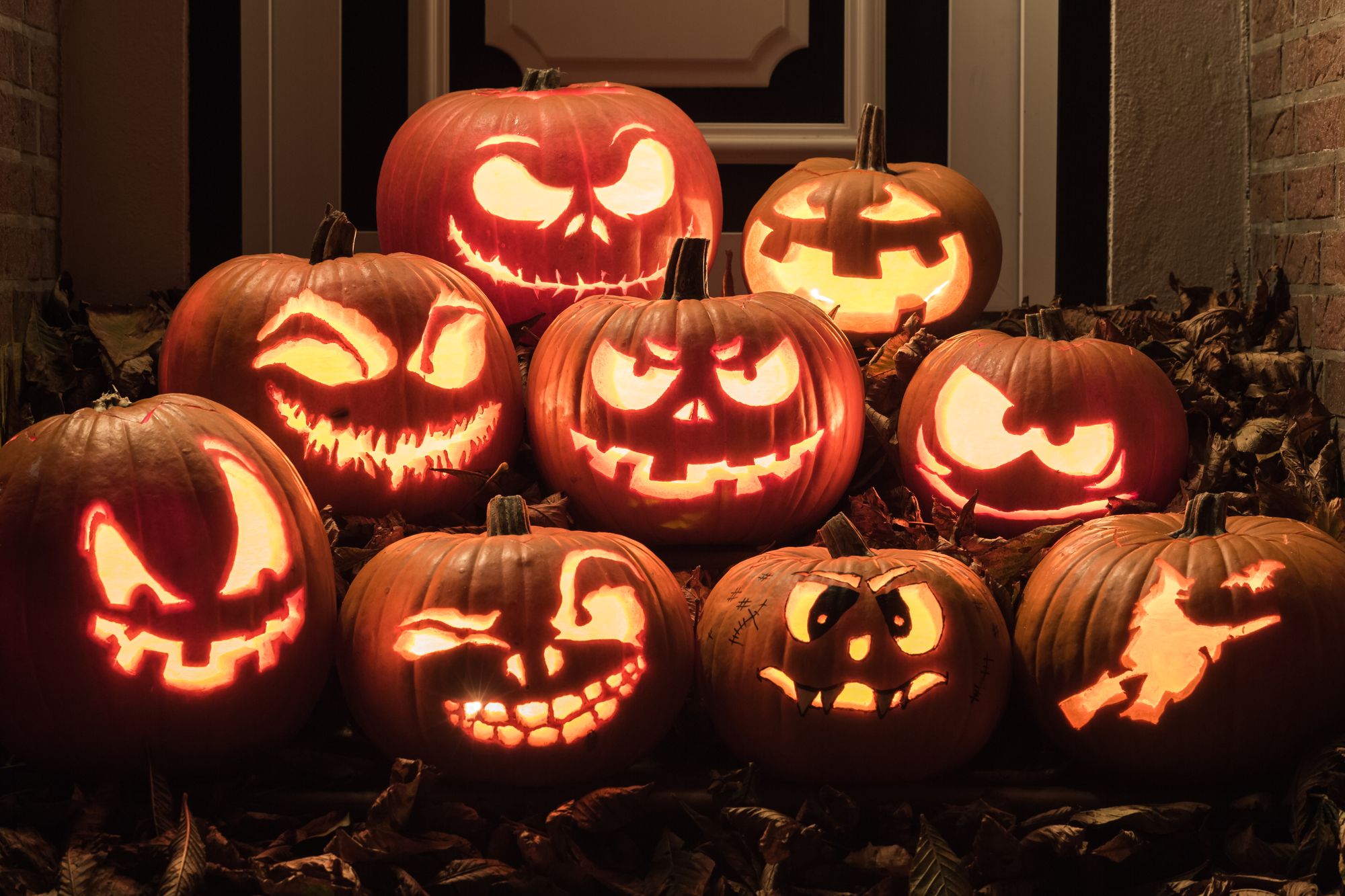 Curled up with a big bowl of popcorn and a novel, Liz was ready for a quiet night in, when all of a sudden she heard a blood curdling scream. She felt something warm and sticky breathing down the back of her neck. Did she dare to turn around?

So, she moved the kitten from where it was curled up on her neck into her arms before. Up went the popcorn, all over her book. The scream was hers! The popcorn were morphing into tiny chocolate coated pumpkins running hither and thither. And a voice whispered, are you a scared?

"Bwa-ha-ha-ha," said her mischievous son, who then said “I got Gramma real good too a few minutes ago! She about jumped out of her skin when I ran into the room, dressed as a tuna sandwich (hold the mayo). But that's nothing!" he laughed. "Look at this!" and he held up an entire put slime on her neck. She looked on the floor and her book, where her popcorn had morphed into tiny pumpkins. "I don’t believe you. Where is my son?”

Her son was looking out behind the two way mirror from a secret safe room where he was making chocolate cookies for the kids that Fall night. In the bedroom of their inviting new home exchange fluffy bed, where her partner had just slipped into pulling the covers up around him, the sheets transformed into a ghost, engulfing him with fear.

Before he could reply, a loud knock sounded at the door. Startled they went to the door and were surprised to see the pizza man, who was screaming in terror, gesturing behind him and begging to be let in as he threw the steaming pizza at the shape approaching him on the covered porch.

If only Liz has known that the horror had only just begun. The pizza man rushed through the door pushing Liz and her husband to the floor. He closed the door behind him and noticed something warm on his feet...it was the melting cheese. He then hid behind the couch waiting to see what would happen next, too afraid to move. The knocking stopped, and moments later they heard the sound of shattering glass as a brick hurtled through the living room window. "We need to arm ourselves, quick," said the pizza man. "What do we have in here to work with?"

Each of them grabbed a billiard cue from the table behind them. The chalk fell down and miraculously formed these words on the ground. She was going to head out to the porch to see what the matter was, but decided to crack a bud light instead. In fear and trembling she looked up, she looked down, she looked forward she looked round. Then she slapped her husband down saying "Don't scream in my ear dressed up like a clown."

Add to the story

If you're looking for a Thanksgiving 2020 getaway, there are plenty of ways to fit in an extra-long weekend vacation in November. Whether you like to hike, explore a new city, or curl

HomeExchange's Solidarity group allows members to open their homes to those in need during natural disasters and pandemics.