During the long winter nights, what do you want to see after dark when you look into the sky? Stars, of course. But light pollution can get in the way. To escape artificial illumination and truly wish upon a star, here’s our list of the best “dark sky” locations from which to make the most of your long winter nights.

Nearly one third of the world’s population can’t see the Milky Way from home. Glaring streetlights and flashing advertisements contribute to a growing epidemic of light pollution through which only the brightest stars are visible. Need a change of scenery? Head to the following destinations. 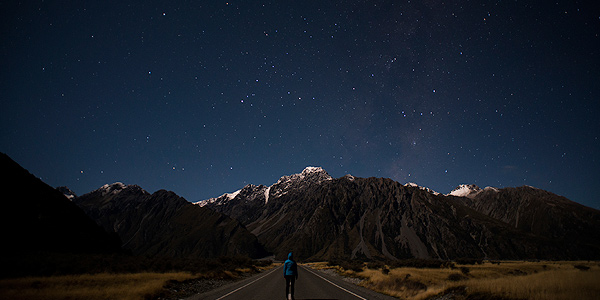 One look at the night skies of Aoraki Mackenzie Region and you’ll see why it was the world’s first (and the largest) International Dark Sky Reserve in the southern hemisphere. The park stuns during the day with the adjacent snow-laden Mt. Cook and glacial blue Lake Tekapo, but a clear evening never fails to wow with views of the Southern Cross, distant star clusters and more. Visit the Mount John Observatory or Cowan Observatory, or simply look up at the Magellanic Clouds, which are only visible in the southern skies.

Turn out the lights in New Zealand 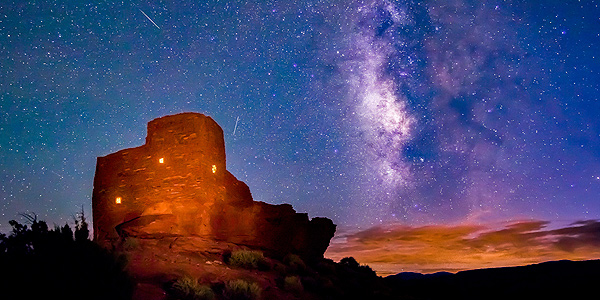 Pluto can be a touchy subject in Flagstaff, Arizona. Its Lowell Observatory discovered the former planet (now a “dwarf-planet”) in 1930. Despite Pluto’s fall in celestial status, the observatory continues to amaze the world with its specially equipped solar telescope and regularly guided programs. The city of Flagstaff actively mitigates its light pollution and became the world’s first International Dark Sky City in 2001.

Turn out the lights in Arizona 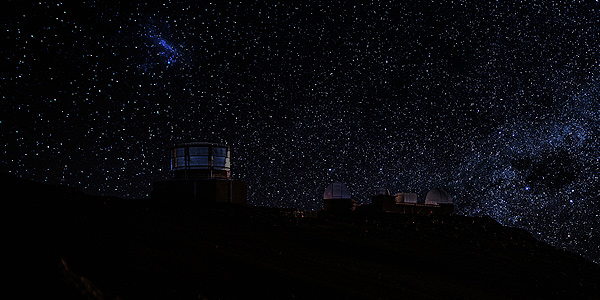 Most people don’t picture snowy peaks when they think of the Hawaiian Islands, but astronomers have spent decades peering into the sky from observatories perched on the 10,023-foot Mount Haleakala on Maui and the 13,796-foot Mauna Kea on the Big Island. Meet Ursa Major and Orion or try to find the Andromeda Galaxy with the naked eye. Ranger-led programs (May through October, see national park visitor centers), privately run stargazing tours and “star maps” are available for amateur enthusiasts.

Turn out the lights in Hawaii 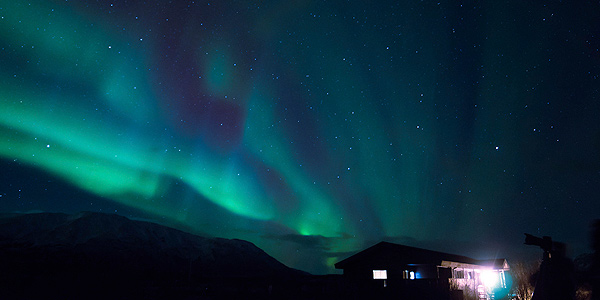 The North American and Eurasian continental plates meet in a rift valley at the heart of Þingvellir National Park, one of Iceland’s two UNESCO World Heritage sites. Just 35 minutes east of Reykjavík, this natural preserve is one of many places in Iceland where skies are delightfully dark and, in addition to a full spread of stars, the Northern Lights (Aurora Borealis) are also on brilliant display.

Turn out the lights in Iceland 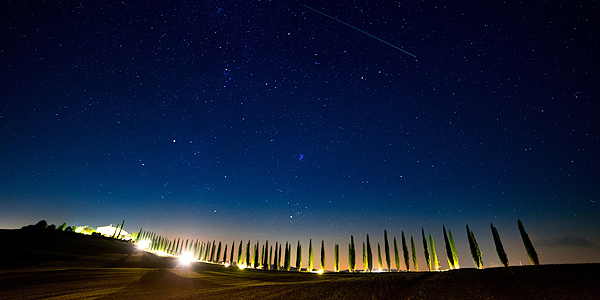 Both history buffs and astro-philes can appreciate Tuscany’s contributions to the field of astronomy. Galileo observed the moon’s craters and the sun’s spots from the same hill that now houses the Arcetri Astrophysical Observatory. Count the four moons of Jupiter known as the Galilean Moons, and see the compass and telescope he used in the 1600s at nearby Florence’s Museo Galileo.

Turn out the lights in Tuscany, Italy 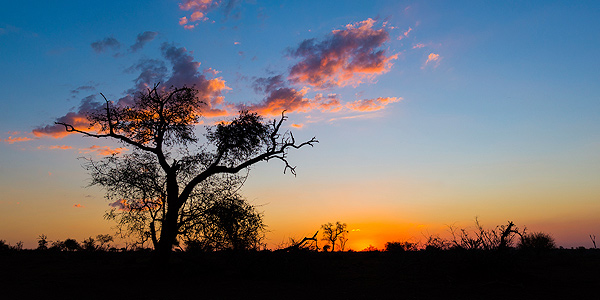 Set in the remote savanna and thorny woodland of northeastern South Africa, Kruger National Park lets visitors gaze into a pure and unpolluted dark sky, all with the roar of lions in the distance. Many game reserve guides offer evening astronomical tours that point out Scorpio or Saturn’s rings in this country’s largest national park.

Turn out the lights in Kruger National Park 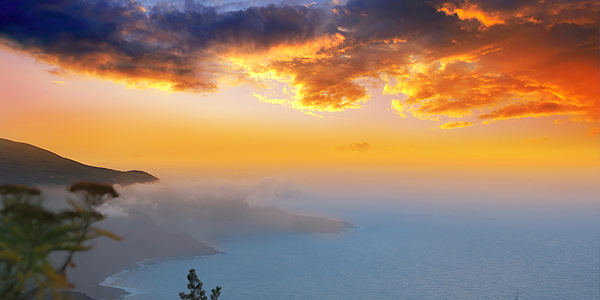 The Canary Islands are a volcanic Spanish archipelago off Morocco that loves its sky. The relatively small land masses feature the world’s largest telescope (the 10.4-meter Gran Telescopio Canarias, on La Palma island), three international astronomy observatories, and a quality of sky so extraordinary that it is protected by law. The island of Tenerife has the highest peak in Spain – 12,198-foot Pico del Teide – which makes for wonderful observation conditions, as long as you wear the right jacket.

Turn out the lights on the Canary Islands 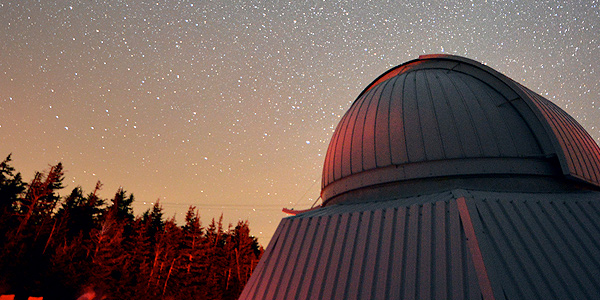 The world’s first International Dark Sky Reserve at Mont-Mégantic (http://darksky.org/idsp/reserves/montmegantic/), just north of the border between Quebec and the U.S., is also home to over 150,000 people. The reserve’s 34 municipalities collaborated to reduce light pollution nearly 25%, and the park now serves as a model for other cities looking to find a balance between lighting needs and nocturnal health.

Turn out the lights in Canada 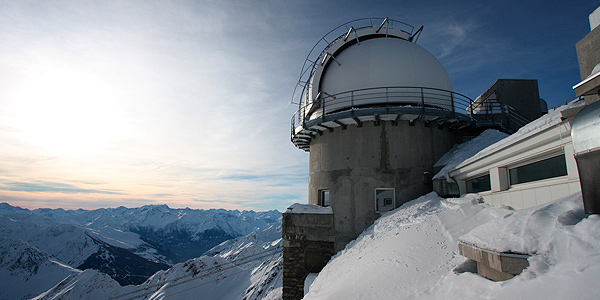 Built in the late 19th century, this French Dark Sky Reserve offers ample opportunities to stretch your neck. Turn your head 360 degrees to admire the stunning Pyrenean panoramas during the day, but tilt your nose up at night to marvel at the clarity of the stars. The observatory at the top of the cable car even offers minimalistic accommodation for those wishing to stay the night after an evening program and telescope viewing.

Turn out the lights in Pic du Midi, France 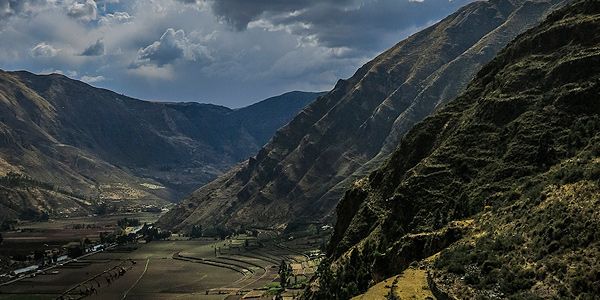 The night sky has fascinated humans for thousands of years. The archeological site of Pisac, outside of Cusco, explores how the ancient Incan civilization incorporated the movement of the sun and stars into their construction techniques and everyday life. The terraced housing and temples reveal a culture deeply connected to the celestial world that continues to fascinate us today.

Turn out the lights in Pisac, Peru

To learn more about other dark sky destinations, including how you can help reverse the effects of light pollution in your neighborhood, visit Darksky.org.

As you probably are aware, this year Australia has suffered the worst bushfires in its history. But that doesn’t mean you shouldn’t travel to Australia and discover the beauty it has to offer!

Here are our tips on how to make the most out of your travel budget when you’re retired.