With summer just around the corner, it’s time to start planning your vacation, and what better place to travel to than Europe? However, the crowds in the European hotspots like London, Rome, and Paris can be overwhelming, and to seasoned travelers, it may seem a bit “been there, done that.”

This summer, why not try something new and travel off the beaten path? To help with your planning, we’ve put together a list of seven unusual European destinations. 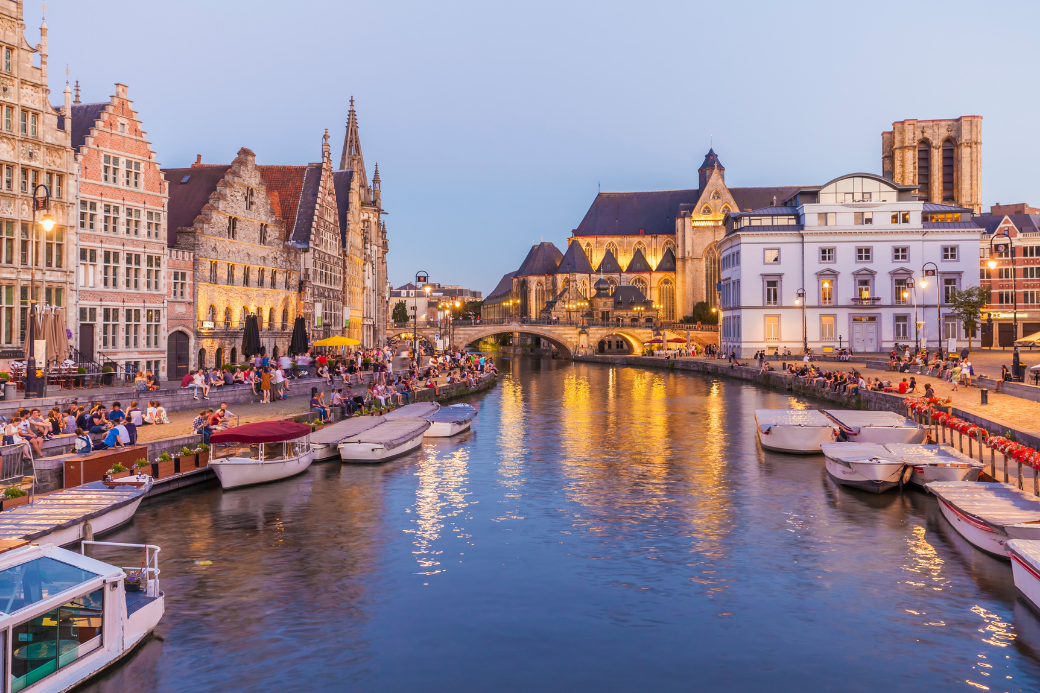 Fans of Gothic architecture, riverside cafes, and street art will love visiting Ghent. Take a tour of the Castle of Counts and travel back in time as you explore the centuries-old turrets and battlements. Then, embark on a canal cruise and take a tour of the city. If you’re an art connoisseur, try going on one of Ghent’s street art tours and bask in the creativity of the city. 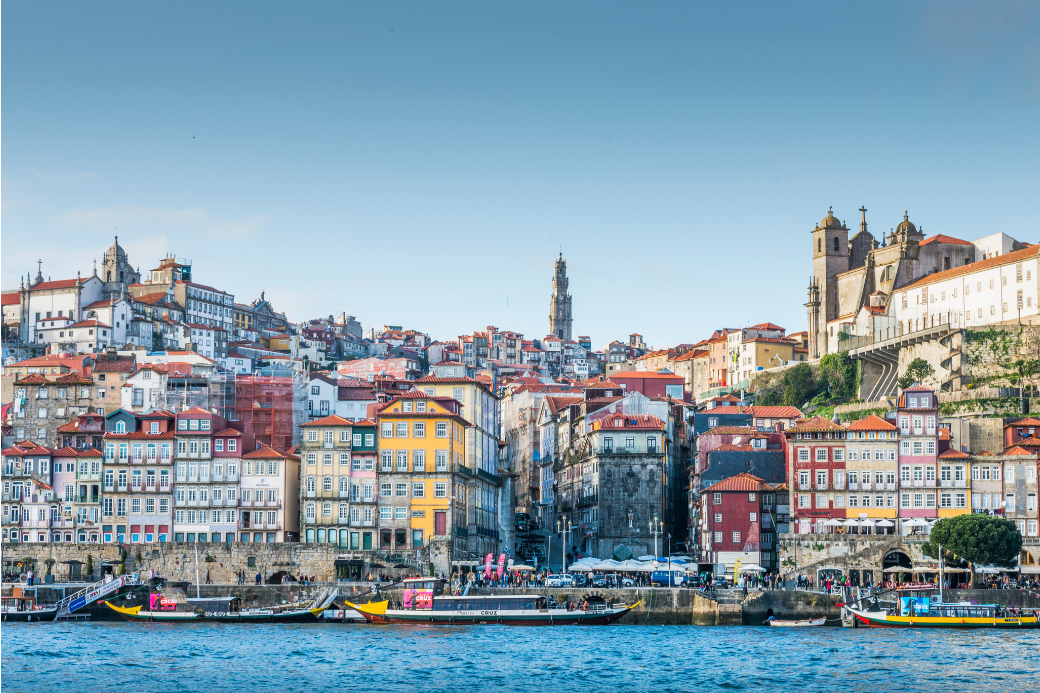 Porto is a vibrant city that offers a fantastic experience for history lovers and wine connoisseurs alike. Visitors can take a wine tour and savor Porto’s famous Port in the Douro Valley, where the sweet wine has been produced since the 17th century. If you’re not too dizzy after your wine tasting, try climbing the Clérigos Tower, an 18th century tower with 225 steps to the top. While the trek up may be exhausting, the view of the city is unmatched. After a full day of exploring, head on over to the Ribeira District to watch the sunset on the Dom Luis I Bridge and take in the magnificence of Porto. 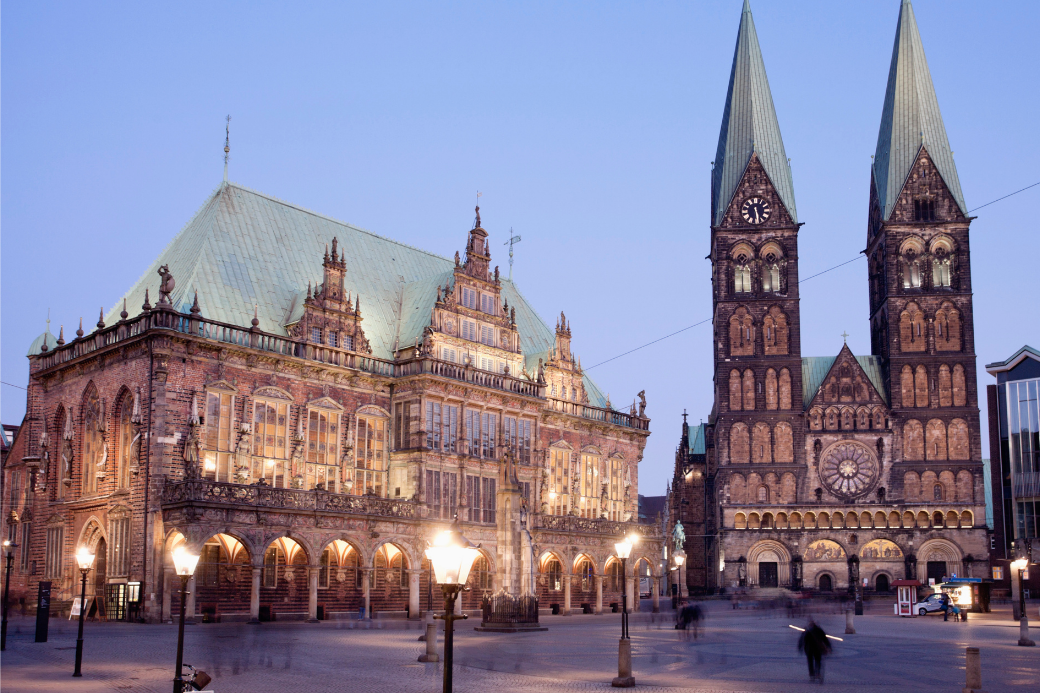 Nestled on Germany's lower Weser River, Bremen is one of the largest seaports in Germany and is home to countless historical monuments and sites. Stroll through the city’s Marktplatz and explore the home of many of Bremen’s most popular attractions, such as the fifteenth century eighteen foot tall statue of Germany's most famous knight, Roland. For tourists who have a green thumb, try visiting the Rhododendron-Park and basking in the beauty of the rhododendrons and azaleas, explore the eight-acre Bremen Botanical Garden, and then grab a bite to eat at the Mühle am Wall, a windmill built in 1898 that now houses one of Bremen’s top restaurants, Kaffeemühle. 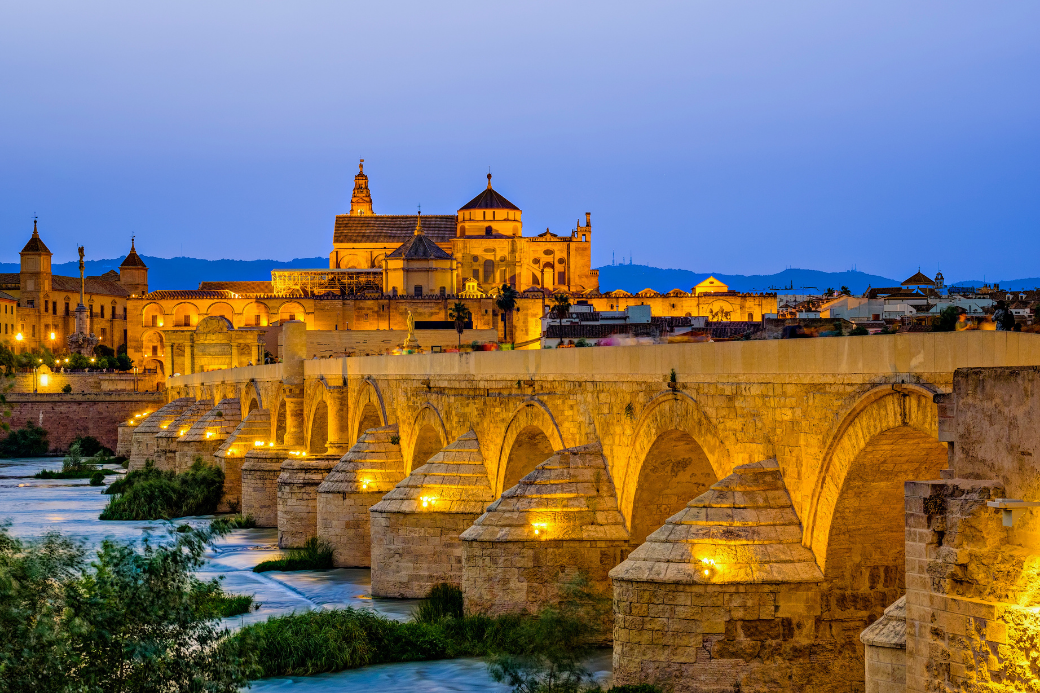 Did you know that over a thousand years ago, Córdoba used to be the largest city in the world? While it no longer holds that title, the city is still boasts a long, diverse history. For example, the Mosque–Cathedral of Córdoba, was originally built as a mosque in the 900s under the caliphate and boasts over 850 columns. When Córdoba was conquered in the 1200s, it was converted from a mosque into a church, with construction of the cathedral completed in the 1500s. To learn more about the history of Córdoba, visit the Calahorra Tower, which was originally built by the Moors under the Almohad Caliphate in the early thirteenth century, and since then it’s weathered war, transitions of power, and even children (it was turned into a girls’ school in the 1800s). Visitors who wish to learn more can take a tour and watch a 3D presentation on how Catholics, Muslims, and Jewish people used to coexist in Córdoba centuries ago. 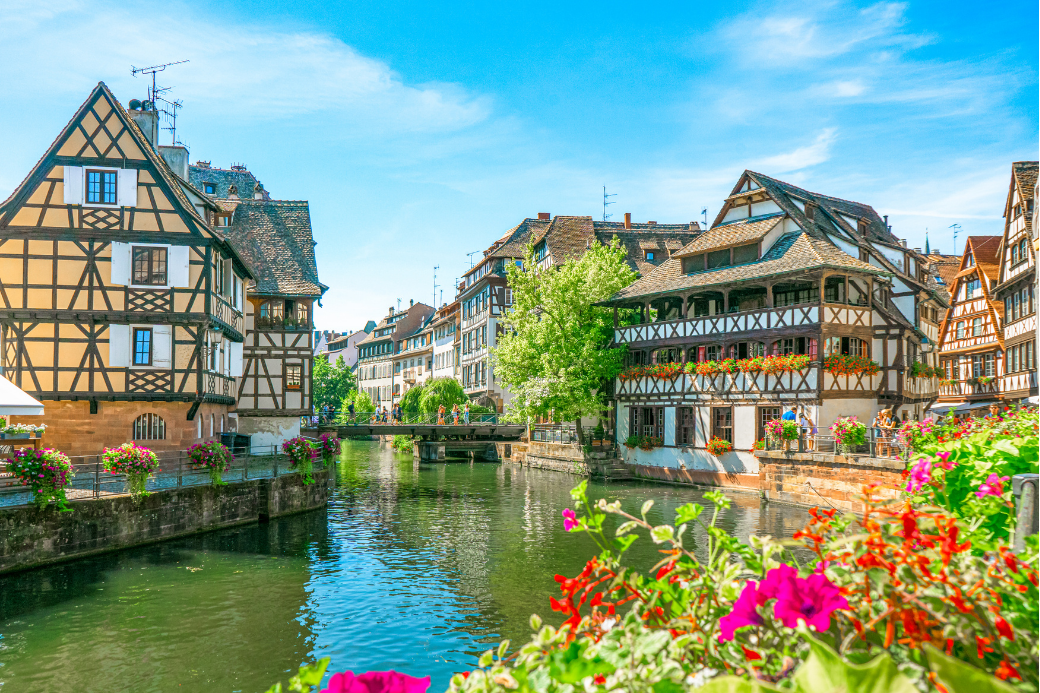 Nestled in the Alsace region of France, Strasbourg is the type of city that has something for every tourist, whether you’re a history buff, souvenir collector, or a foodie. Strasbourg is surrounded by the Ill and Rhine rivers, making it a sort of island: Take advantage of this by booking a boat tour of the city. After you’ve disembarked, head over to Strasbourg’s center to take a tour of the Cathedral of Our Lady of Strasbourg, a building that took over 400 years to construct! Once you’ve had your fill of historical facts, take a stroll down the Rue des Orfevres and practice a little retail therapy by ducking in and out of the shops throughout the street. 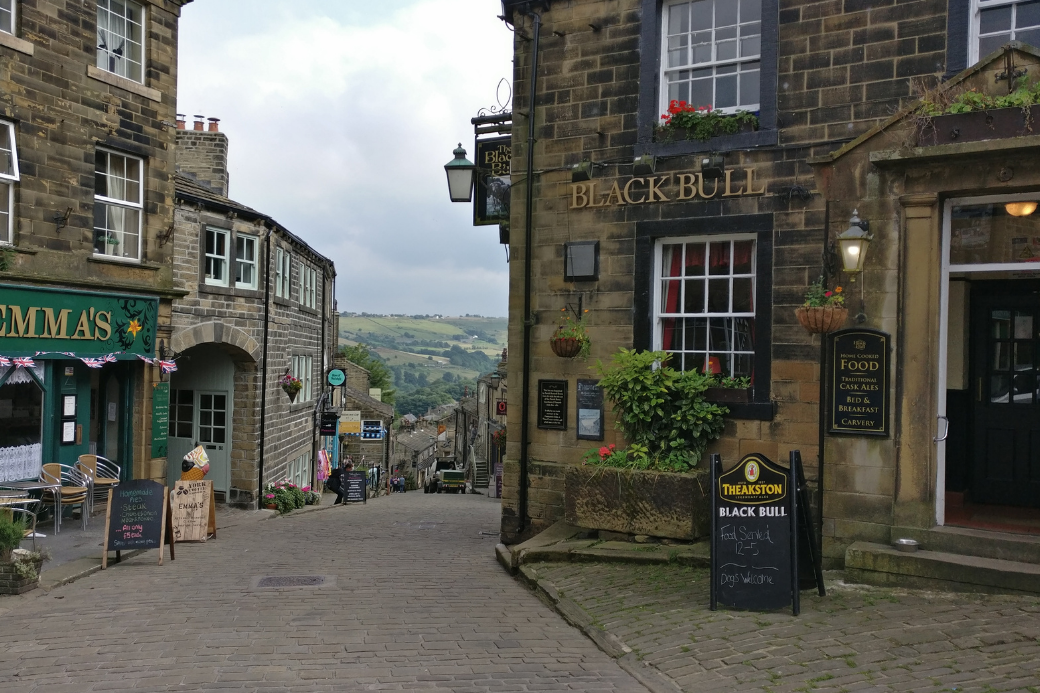 Literary fans will love visiting the English village of Haworth, also known as “Brontë Country.” Here, you’ll find the parsonage where the Brontë family lived and penned their famous novels, such as Emily Brontë’s Wuthering Heights, Charlotte Brontë’s Jane Eyre, and Anne Brontë’s The Tenant of Wildfell Hall. Put on your best “brooding Gothic hero” face and take a walk through the ​​Brontë Way, a 43-mile hike through the moorland that inspired the sisters’ novels. After you’ve satisfied your inner bookworm, stroll through Haworth’s Main Street and shop at the many independent stores for that perfect one-of-a-kind souvenir. 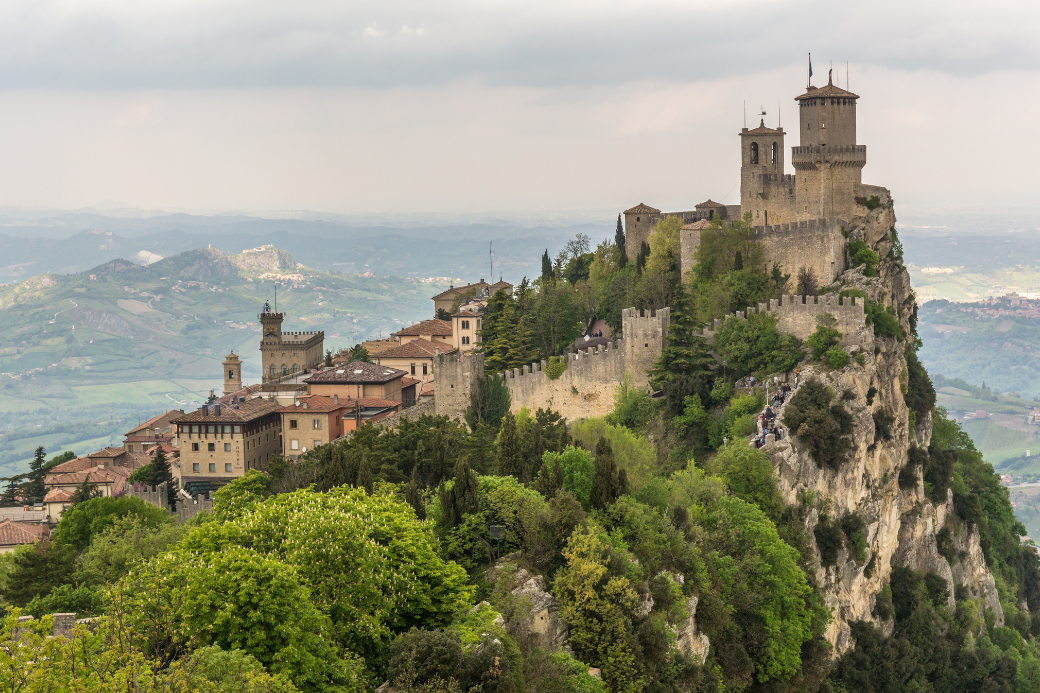 It’s easy to mistake San Marino as part of Italy, but it’s actually a microstate landlocked in Italy. This enclave boasts countless monuments to European history, tax-free shopping, and beautiful museums, making it a must-see. Step into a fairytale and take a tour of the Three Towers, centuries-old fortresses situated at the top of the Monte Titano. While the third tower, Montale, is not open for indoor tours, visitors can check out the other two towers, Guaita and Cesta. If you’ve got a sweet tooth, grab some ice cream from Altro Gelato, San Marino’s first ice cream shop in San Marino to use locally sourced ingredients from nearby organic farms.

Now that you’ve got a list of unique European destinations off the beaten path, it’s time to book your trip and set off on an unforgettable summer vacation!

Here at HomeExchange, we're passionate about protecting our planet every day. To play our part in making the world a better place, check out these 6 eco-friendly homes.

My six-year-old son has Spina bifida. For him, this means he was born with a fatty tumor in his spine that needed to be removed, causing lower limb paralysis and medical complications throughout his body.